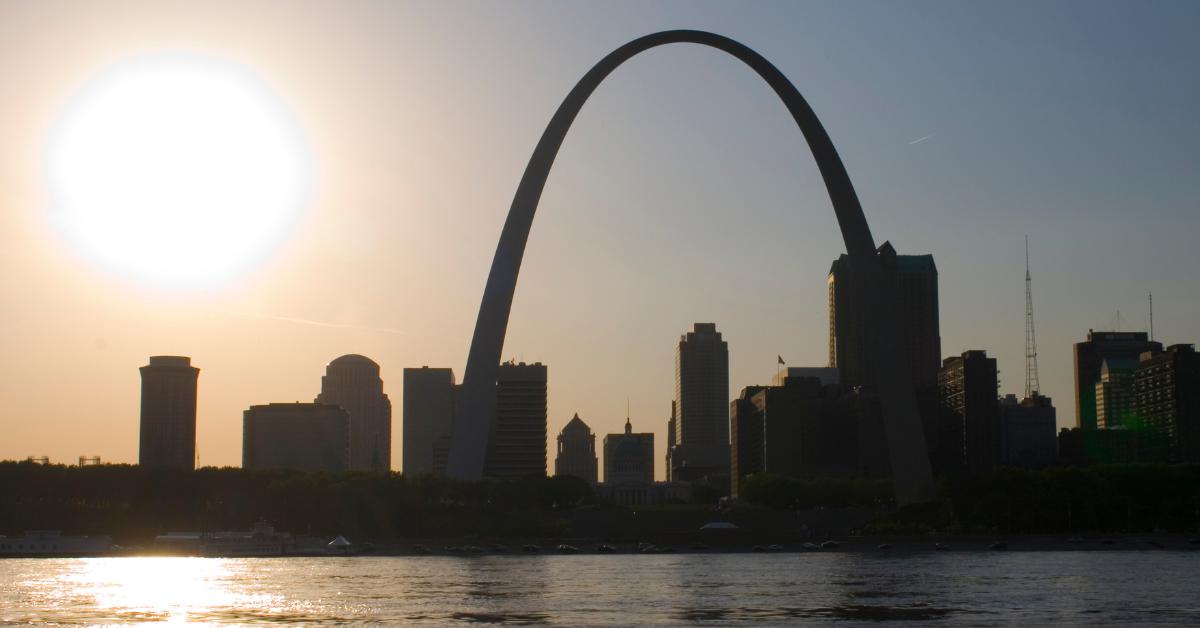 St. Louis is no stranger to flash flooding, but flood barriers like TrapBag® make it easy to protect the city and its surrounding areas from serious flood damage. In fact, investing in flood barriers may even be able to prevent flooding in the first place.

Why Is St. Louis Flooding?

St. Louis is a hotspot for rivers and other flowing bodies of water, including the immense Mississippi River, the Missouri River, the Chain of Rocks Canal, the Meramec River, Maline Creek, and Deer Creek. Surrounded by rivers, and with nowhere else for the runoff of heavy rains to go, St. Louis flooding is a regular occurrence.

Flooding in St. Louis, Missouri, can also be caused by hurricanes. While Missouri is quite far inland and doesn’t directly experience hurricanes, the humidity can still be carried several hundred miles. On average, Missouri will experience the effects of a hurricane every two to three years. Hurricane Ian was a recent storm that unleashed a domino effect upon inland states.

Because of St. Louis’s latitude, warm, moist air from the Gulf of Mexico accumulates with cold air from Canada, and heavy rainfall frequently falls upon Missouri as a result, overflowing the surrounding rivers and creeks.

With the rising global temperatures, studies have shown that as our climate changes, more severe catastrophic storms can be expected, flooding included. As a city located on the Mississippi River, St. Louis will be one of the first cities affected by these changes in climate.

The average home in St. Louis has a 26% chance of flooding over a 30-year period. Depending on elevation and proximity to the rivers, this risk may increase or decrease. St. Louis flooding maps can assess the relative projected risk of flooding in various locations of a city.

Areas closest to major rivers and districts that are at a low elevation are at the highest risk of flooding. The greater metropolitan area (with incidents of nearly a foot of rainfall) and Northern St. Louis County have experienced significant recurrent flooding over the years.

How TrapBag Can Help Prevent Flooding

Flash flooding in St. Louis can be handled with our quick-to-deploy TrapBag products. The flood barriers were built with emergency management in mind. TrapBag barriers for flooding protection have a pentagonal shape with one sloped side and one vertical side. They require 40% less fill than traditional sandbags and come in 100-foot sections, making them incredibly structurally sound. TrapBag can be utilized to help mitigate future St. Louis floods.

Stormwater can carry a variety of harmful materials as it makes its way down streets and channels, including contaminants and toxic chemicals. Protecting nature, people, buildings, and other city infrastructure from this water is imperative. TrapBag barriers can be used for stormwater containment.

TrapBag can help keep the torrential rains of a hurricane at bay. Hurricane protection with our flood barriers is a safe way to keep water away from areas that need to stay dry. The force of water carried by powerful winds means that flood protection methods are at risk of being blown over. Our TrapBags are sturdy and durable and built to withstand hurricane weather.

One of the most notorious of the St. Louis floods was the Great Flood of 1844, involving the Mississippi and Missouri rivers. Since there were few flood protection measures implemented at the time, the flooding reached quite far inland. This was the most catastrophic flood the people of St. Louis had seen at the time.

The River Des Peres no longer exists due to geographical changes. Much of the body of water was converted into channels, and other parts of the river now run underground. The heavy rainfall that caused its flood was the result of a Texas hurricane that reached the midwest. The flood resulted in 11 fatalities and removed thousands from their homes.

In 1973, the Mississippi River rose to new heights, resulting in a three-month-long St. Louis flooding disaster. The levee systems put in place for flood protection failed, flooding streets, homes, and businesses. Approximately 10 people drowned in the multi-state flooding event, and over 10,000 were left homeless.

The Great 1993 St. Louis Flood was a devastating natural disaster with 50 casualties and $12 billion in damage costs. Caused by the overflow of the Mississippi River, it is considered to be the largest flood ever experienced in the US. The city response involved great efforts put into flood mitigation. They focused especially on hazardous industrial sites, in an effort to prevent chemical pollution during flooding. The St. Louis arch flooded, resulting in the spread of noteworthy photos.

The St. Louis flooding of the Mississippi River in 2019 lasted for months, breaking the record with a flood stage lasting more than 100 consecutive days. There was levee failure and at least two recorded casualties from drowning. The total costs of flood damage were estimated to be $6.2 billion.

Flash flooding in St. Louis occurred very recently over this past summer, with two casualties reported and widespread damage. The St. Louis flooding of 2022 was caused by persistent rainfall that exceeded four inches per hour, beating its 100-year record. This was an amount greater than the average rainfall of July and August combined in just six hours. Some citizens were trapped in their homes under seven feet of water.

We want to make sure that the people of St. Louis can feel adequately prepared and protected against future flooding.. Contact TrapBag to talk about how flood protection can be implemented in St. Louis, or browse our selection of flood barrier products.