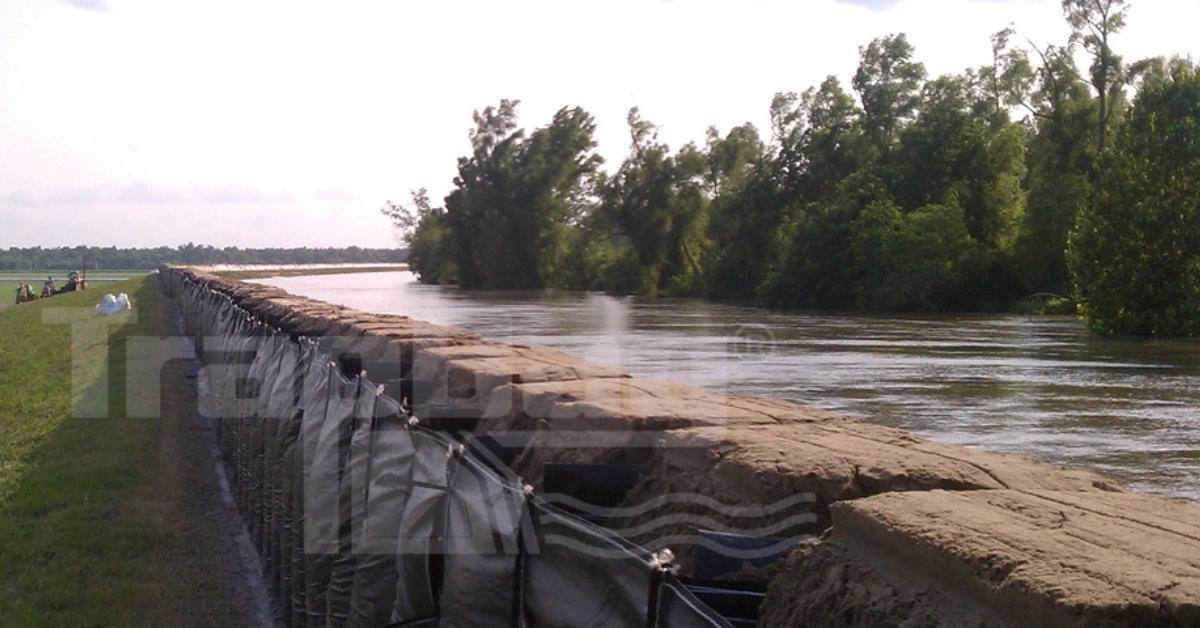 What Is a Dike?

A dike, sometimes known as a “berm,” is a ridge created to help control water levels and protect against flooding. Unlike dams, dikes keep all of the water on one side of the barrier and keep the other side dry. Temporary dikes are often used in construction projects, during flood season, or in anticipation of a major storm. They are used to redirect the flow of water to prevent flooding and erosion.

What Is a Levee?

A levee is very similar to a dike in purpose and construction. The difference is that a dike prevents water from flowing into an area that would be underwater in normal circumstances. A levee is built to protect land from occasional flooding from rainstorms, hurricanes, or melting snow.

Both dikes and levees are critical to the protection of homes, businesses, and vital infrastructures such as roads, power lines, and water treatment facilities. The failure of a dike can lead to tens of billions of dollars in damages and long-term economic impact.

Global sea levels rose 3.8 inches between 1993 and 2021, according to the National Oceanic and Atmospheric Administration—and the rate at which the levels are rising has been steadily increasing. In many parts of the United States, sea levels are rising even higher than the global average due to erosion, oil and groundwater extraction, and sinking land. This has led to flooding from high tide being 300–900% more frequent than it was half a century ago.

The risk of flooding has also increased for inland areas. As scientists have noted, flash flooding from severe rainfall has increased over the years, and that increase is expected to continue as the planet warms. Since warm weather leads to more water evaporation, there is more moisture in the air to create precipitation.

The Effects of Rising Sea Levels on Dikes

As sea levels continue to rise, flood prevention systems that were built years or even decades ago will no longer be adequate to protect against regular flooding events. Those dikes and levees were not built to account for the significant rise of sea levels and severe flooding events that are the new normal in the United States. When the cost of fixing a dike can reach into the tens or even hundreds of millions and take years of work to complete, a faster, more affordable alternative is needed.

TrapBag flood barriers are able to stand on top of an existing dike or levee, raising its height by several feet. A small crew can fill each flood bag within a matter of hours—and at a fraction of the cost of building a new dike. TrapBag’s patented, pentagon-shaped structure creates a wall able to withstand the immense weight of a raging river during a severe storm.

Homeowners, businesses, and government agencies have trusted TrapBag to protect their valuable land, buildings, and infrastructure for more than a decade. Examples of TrapBag success stories have been reported by news outlets across the United States.

The Pontchartrain Levee District installed TrapBag flood barriers to provide flood protection against the Mississippi River. The river was expected to crest within days, causing major flooding, but crews were able to quickly deploy two miles of sand-filled TrapBags on top of the existing levee. They were able to raise the height of the levee from 48 feet to 52, preventing the damage that could have occurred if the levee was overwhelmed.

TrapBag can also be used to protect areas that do not have an existing dike. For example, our team helped the city of Reno build a TrapBag barrier against river flooding in 2017. Since local experts knew the river was going to rise due to melting snow and a coming rainstorm, they installed two rows of TrapBags and added a third row on top. It created a 4-foot barrier that successfully held the floodwaters back.

Why TrapBag Is the Most Cost-Effective Option

Each 100-foot stretch of TrapBag flood barriers is able to do the work of about 7,800 standard sandbags, making them significantly more cost effective. They are also far more efficient to install, with a small crew able to fill a 100-foot section within a matter of hours using a front-end loader.

TrapBags have saved property owners and government agencies thousands of dollars that would have been spent on less efficient flood control solutions—not to mention the incalculable loss that would have occurred if the existing flood barriers were overcome and significant flooding had occurred.

Calculating How Many Flood Bags You Will Need

By being proactive in your approach to bolstering your existing flood barriers, you’ll be able to prevent significant damages the next time an extreme flooding event occurs. Tell us about your flood prevention needs, and we’ll show you how TrapBag can help.