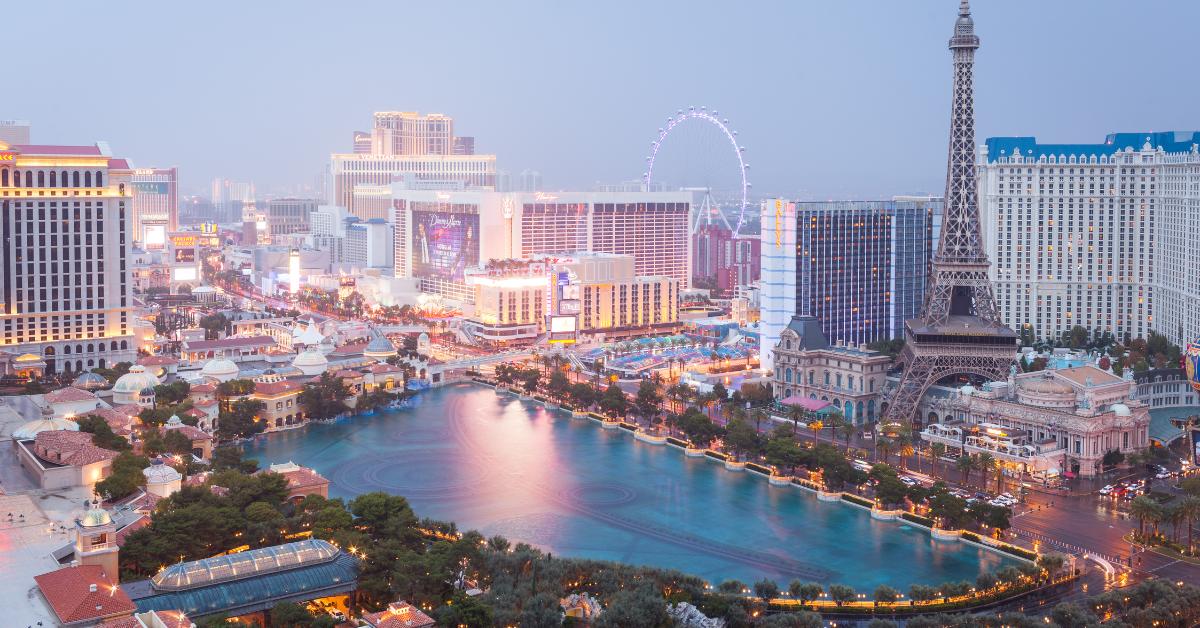 Flash Flooding in Las Vegas: How to Protect the City

Flash flooding in Las Vegas is no rare occurrence. The metropolitan city finds itself at the mercy of heavy rainfall time and time again. Bodies of water like the Las Vegas Wash, the Colorado River, Lake Mead, Lake Mohave, and Lake Las Vegas can easily overflow during these storms, and despite efforts of structural flood prevention like the Hoover Dam, the streets flood frequently.

Despite the construction of the Flamingo Wash, an underground channel designed to control flooding, Las Vegas strip flooding continues to be a problem. Nestled in a low-elevation valley, the Las Vegas strip is one of the most flood-prone areas of the city. It was particularly impacted by the 1975 Las Vegas flash flood.

A Las Vegas flood needs to surpass the 200-mile drainage system of underground tunnels that were built to protect the city, but flash floods can often be so powerful that preventative measures are rendered ineffective.

The 1975 flash flood in Las Vegas involved the destruction of several cars on an interstate of the Las Vegas strip and resulted in the deaths of two city workers. Telephone poles were knocked over, and the sewage system was overwhelmed, resulting in contaminated waste water running through the streets.

Measures were taken as a result of this incident to put the Las Vegas Wash underground. The damage of the flash flood caused an estimated $4 million in damage.

The rainfall in September of 2012 beat decade-old records. Power outages were rampant, citizens were stranded in cars, homes were evacuated, and roofs even caved in. The country courthouse lobby was swamped by the nearly two inches of rain that fell upon the city during the flash flood.

In another tragic fatality, two individuals died as a result of flash floods in Las Vegas this year. It was the second flash flood in Las Vegas in the last two weeks, giving residents little time to recover from the damage. As is expected, the Las Vegas strip was the most impacted, causing flooding in Las Vegas casinos, trapping residents in the waterlogged streets and parking lots, and even flooding Caesar’s Palace. The majority of homeowners paid an average of $3,500 in damage repairs.

Why Is Las Vegas Flooding?

Las Vegas experiences persistent droughts, with severity reaching levels that cause officials to call for water cuts as a conservation measure. These droughts cause the soil of Las Vegas to dry up and harden. The hardening of soil makes it less porous, which makes it less able to absorb rainfall as a result. The unpredictability of rainfall in Las Vegas is one of the biggest challenges in flood prevention.

The drainage system of Las Vegas wasn’t built to handle the torrential downpours it receives. It is difficult to imagine any city that could be properly equipped for flash flooding in the amounts Las Vegas receives. The storm drains cannot keep up with the pace of a Las Vegas flood and lose the race against mother nature.

Cities are referred to as concrete jungles for a reason. Parking lots, streets, and sidewalks have replaced any form of greenery during urban development. Grasses, trees, and other various plants absorb water through their root system, and the sparse lines of palm trees on median strips simply don’t do the job.

Having more soil would be beneficial to the city of Las Vegas in times of flash flooding. The dirt soaks up rainwater, storing it until it becomes saturated to the level of its groundwater. The miles of tar and concrete create an area prone to pooling water, leading to flooding in Las Vegas casinos, businesses, and homes.

How TrapBag® Can Protect Against Las Vegas Flash Floods

Flash floods in Las Vegas often come with very little warning. Our TrapBag flood barrier products come in 50-foot sections, cutting out the time it would take to make several trips stacking various individual sandbags. Having a flood protection barrier on hand is a solid way to be prepared for a Las Vegas flood during an emergency.

The significant measurements of rainfall in Las Vegas need to be taken into consideration when buying a flood barrier product. Our TrapBag barriers are four feet tall, standing strong against the pressure of flood waters. They are large enough to withstand the rising waters of Las Vegas flash floods.

Flood water is strong, but TrapBags are stronger. Just a foot of water can create 500 pounds of force. Our bags use high-strength textile material that has been engineered with durability and longevity in mind. TrapBags can withstand the strong pressures of flash flooding in Las Vegas.

Our flood barrier products contain connected cells that are reinforced by their neighboring cells but without the liability of failing if one were to get punctured and fail. They can be filled with your choice of fill material, including sand or washed gravel.

During the seasons of heavy rainfall, Las Vegas needs a reliable product to mitigate the damage of flash flooding. Floods in Las Vegas are a sizable challenge, but the rainfall doesn’t stand a chance against TrapBag products.

Using our products to build a levee, dike, or other flood barrier system is a way to keep the buildings of Las Vegas dry and the people safe. Browse our inventory today and get started on flood prevention.