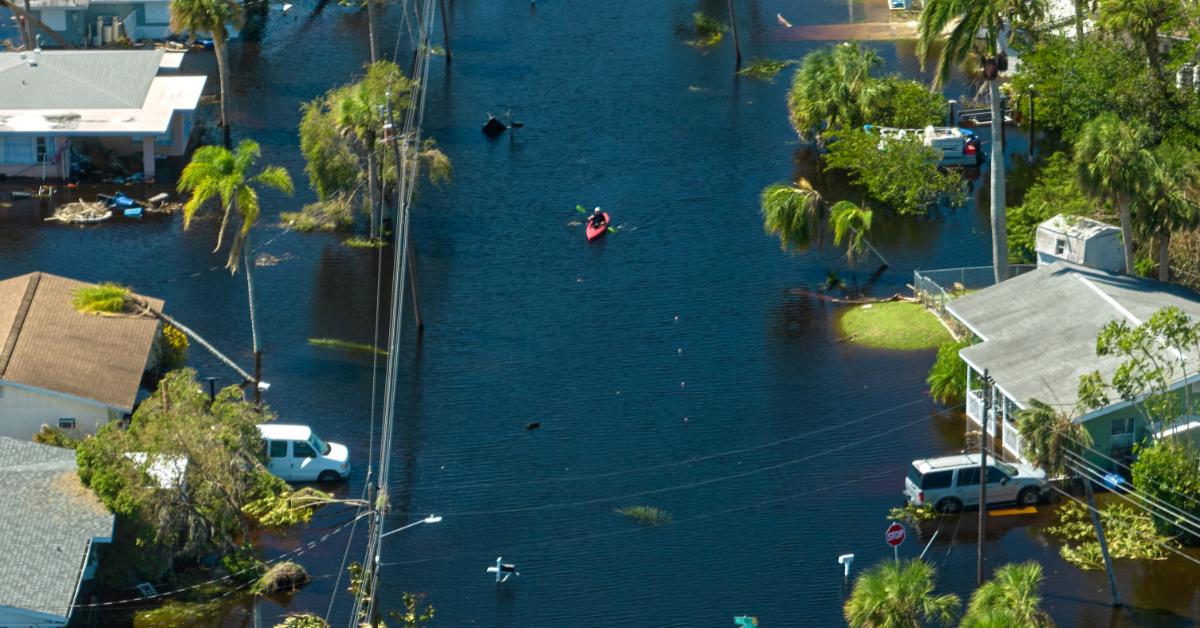 How TrapBag Is Aiding Hurricane Ian Recovery Efforts in Florida

When Hurricane Ian hit central Florida in late Sept. 2022, it caused more than $67 billion in damages, left more than two million people without power, and claimed the lives of an estimated 148 people. It will likely take years for the region to fully recover and rebuild what was lost during the storm. That’s why TrapBag is working closely with community members to help them get back to normal.

As of January 2022, FEMA has spent more than $4.5 billion in assistance for victims of Hurricane Ian. Federal Disaster Survivor Assistance specialists have visited hundreds of thousands of homes to register individuals for assistance. Months after the hurricane hit, FEMA was still temporarily housing approximately 4,000 people in hotels after their homes were rendered uninhabitable. Officials were still finding and identifying the remains of people killed by the hurricane.

How Long Will It Take to Recover from Hurricane Ian?

Even seven years after Hurricane Sandy hit the east coast of the United States in 2012, many residents still hadn’t fully recovered. The effects of Hurricane Ian will likely last just as long in many parts of Florida. The scope of the work is massive, including the rebuilding of homes, businesses, infrastructure, and even the local ecosystem. In addition to FEMA, state and local governments, along with non-profits, will be critical to the long-term recovery of the region.

Hurricane Ian battered Florida’s existing flood barriers and erosion control systems, rendering the state’s seaside communities vulnerable to long-term erosion and future hurricanes. The state’s residents have been in a race to rebuild their flooding and erosion infrastructure to prevent even minor storms from wreaking further havoc on the area.

How TrapBag Is Helping the Recovery

One of the best ways that TrapBags can help the victims of a flooding disaster is to enable them to quickly rebuild their flood prevention barriers. TrapBags can be effectively deployed in a matter of hours, giving residents peace of mind while they continue their recovery efforts. TrapBags can also be used as temporary or semi-permanent seawalls to provide protection against beach erosion while the existing barriers are being repaired.

A family in Daytona Beach was able to place temporary TrapBag flood barriers just weeks after the storm to stop erosion from reaching their homes. Residents said they were looking to build a permanent dam and replace some of the lost sand to protect their property, but they weren’t able to take those measures fast enough. TrapBag bought them the time they needed to protect their homes until they were able to receive government assistance and obtain the permits required to complete their project.

They weren’t the only Daytona Beach residents who relied on TrapBag to protect their property. The owners of a local vacation rental property worked with family and friends to place 648 TrapBags and build a seawall in between high tides. They worked closely with TrapBag owner Buzz Wade to make sure their flood barrier was deployed effectively. “Buzz walked me through the installation,” one of the owners told local reporters. “I owe him for helping us save our business.”

How TrapBag Can Protect Against Future Hurricanes

TrapBags aren’t only effective after a hurricane, they can be vital to protecting your property during a hurricane, severe rainstorm, or flooding event. Climate scientists say the number of severe flooding events is set to increase as the planet continues to warm. Creating effective flood and erosion control systems will be even more important going forward. Many residents who never thought of themselves as potential flood victims may be surprised at what future storms will bring. It’s never too early to start planning how you will respond to a potential flooding event at your home or business.

The experts at TrapBag have specifically designed our flood bags to be stronger and more efficient than regular sandbags. TrapBags are made from high-strength textile and engineered in a pentagon-shaped structure which allows them to be connected like an accordion. The design means that even if a TrapBag is compromised, the support provided by its neighbors will keep it in place and the rest of the barrier will remain strong.

A single, 100-foot section of four-foot-tall TrapBags is able to create a barrier that would require around 8,000 sandbags to build. It can also be installed by two laborers and one equipment operator within a matter of hours, requiring significantly less labor than sandbags.

TrapBags have a history of being deployed successfully to protect homes and businesses from flooding and erosion.

A homeowner on Lake Michigan was able to save his family cottage from erosion in 2019 by deploying a TrapBag barrier. Contractors said the house was weeks away from destruction, which is why TrapBag’s ability to be deployed within hours and hold over a million pounds of concrete was exactly what they needed.

TrapBags helped protect the Alpine Autism Center in Colorado Springs from major flood damage after a storm in 2015. The city’s stormwater manager said if the TrapBag flood barrier hadn’t been there, the center would have been hit by a significant wave that would have knocked down the door and poured water inside.

Ready to start creating your flood protection plan? Talk to the experts at TrapBag to learn more about how our flood control systems can protect your home or business. We’re available for emergency assistance 24/7.