Why does New York experience storm surges and flooding?

Coastal flooding from storm surges is a top environmental concern for New York City. Since the city is coastal and much of it is built on an island, the risks are increased. Hurricane Sandy in 2012 is the most drastic recent example of the damage and destruction that storm surges and coastal flooding can cause in New York City. It doesn’t take a hurricane or storm of that magnitude to endanger residents and property in the city, however. 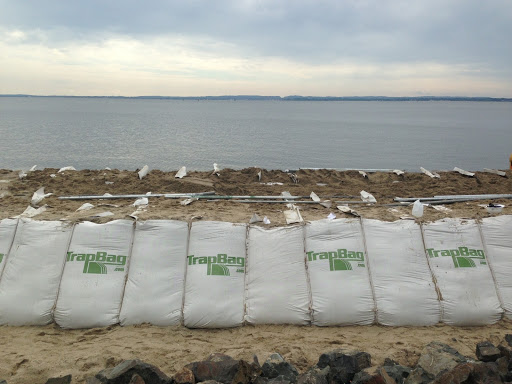 How do hurricanes and coastal flooding affect New York’s beaches?

Rising sea levels have taken their toll on New York’s sandy beaches and the New York coastline. Rising sea levels will affect the coastline and level of sand since as water levels rise, more sand and land is open to erosion.

How are TrapBags used for storm surge protection?

TrapBags have been used to stabilize dunes and provide protection from storm surges and flash flooding in New York City, in the Rockaways, and Staten Island. 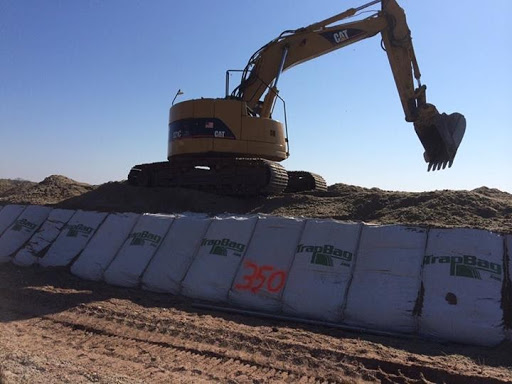 TrapBags can be installed inside the core of a dune to stabilize and fortify the dune formation, and beaches as well. Higher sea levels and severe weather conditions as a result of climate change can wreak havoc on sandy dunes and beaches. TrapBags provide a core structure and foundation for sandy beaches and sand dunes. 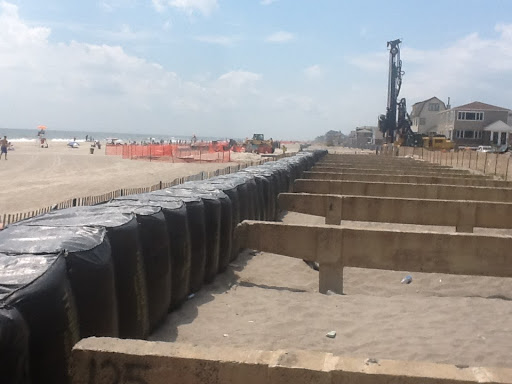 Any dune or beach restoration work is done in accordance with or cooperation with local authorities and permitted, but requirements can vary by municipality or city.

In New York City, TrapBags have been used for beach restoration, dune stabilization, and storm surge and hurricane protection in the Rockaways, Staten Island, and Governor’s Island beaches. 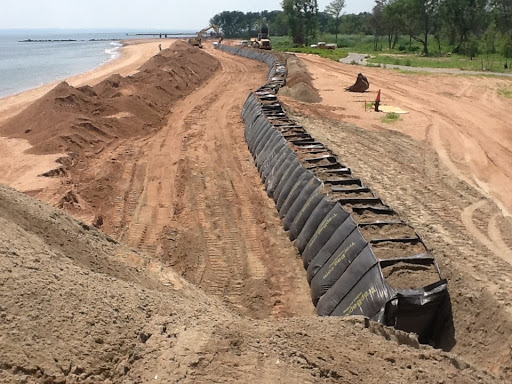 Can storm surge flooding in NYC be prevented long-term?

As long as New York is a coastal city, it is likely it will be dealing with coastal flooding, coastal erosion, coastal storm surges, and hurricanes, especially as ongoing climate change develops.

Better stormwater systems, containment and redirection of stormwater, and construction of dikes, dams, and levees may help, and a New York Harbor storm-surge barrier has been proposed. With such a uniquely situated city, construction and roads, and population density, all solutions become more complicated.

Hurricanes, storms, and severe weather can be prevented, and can not always be anticipated, but you can prepare yourself and your city for disasters, with design and preparation.