Within the past 150 years, there have been over 55 North Carolina hurricanes, and around 30 have reached land in South Carolina. Apart from that, tropical storms are a near-constant occurrence, with one appearing at least every two years.

With all of this happening, it’s crucial that you get yourself as many hurricane protection solutions as possible. Hurricanes can come swiftly and brutally, so you should prepare as much as you can so you and your family’s lives and property are protected.

At TrapBag, we specialize in providing hurricane protection solutions to ensure that your family and home suffer as little damage as possible during hurricane season.

Do North and South Carolina Get Hurricanes? 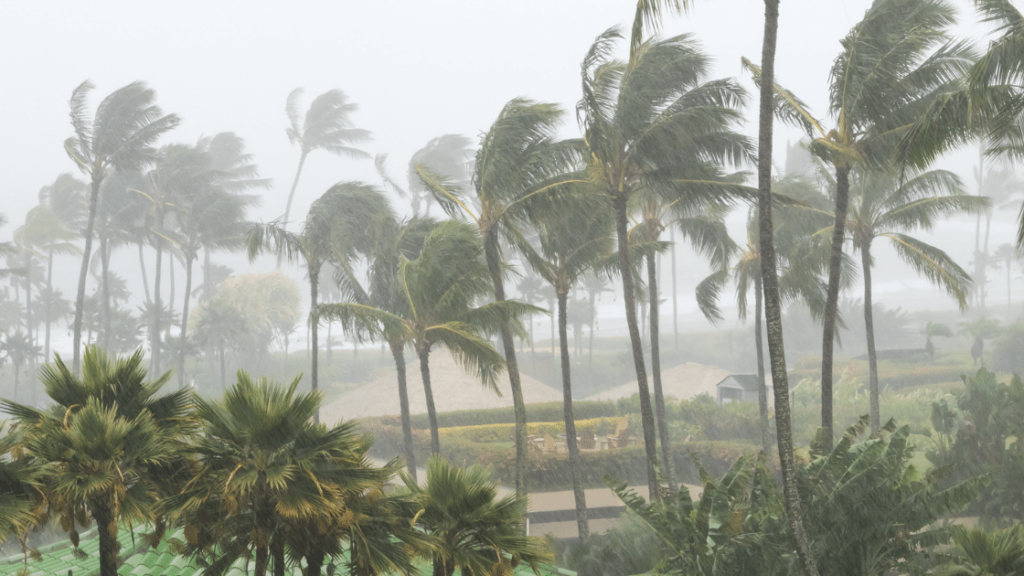 Yes, they do. The Carolinas are some of the hottest spots for hurricanes. They’ve had several within the 21st century. Hurricanes have cost these two states billions of dollars in property loss and hundreds of lives.

How many hurricanes have hit North Carolina?

North Carolina has one of the highest hurricane counts in the United States, at 57 hurricanes to date. Seventeen of those have been major storms between Category 3 and 5.

This state has lost billions in property, not just to hurricanes but also to tropical storms. North Carolina residents have suffered through over 400 storms.

When Is Hurricane Season in North Carolina?

Hurricane season starts in June and ends in November. Every year, there’s a big chance that you’ll have to brace yourself for the destruction that hurricanes bring.

While it is possible to dodge a hurricane by living inland, you’ll have to go pretty deep. In 1989, Hurricane Hugo brought winds that were nearly a hundred miles per hour. So, if you want to protect yourself from a North Carolina hurricane, it is a good idea to move further inland. But you’ll have to move pretty far, which means a long distance from the beach.

South Carolina has suffered far fewer natural disasters than its sister state. However, this state hasn’t had it easy either. There have been over 30 hurricanes in South Carolina, five of which could be called significant. Because it’s a little farther off most hurricanes’ paths, it does have fewer scars.

However, this doesn’t mean that it’s completely safe. Since the science required to detect hurricanes isn’t infallible, sometimes meteorologists can’t detect hurricanes until they’re as close as two days away. This doesn’t give you a lot of time to make proper hurricane protection preparations.

When Is Hurricane Season in South Carolina?

South Carolina’s hurricane season also starts in June and ends in November. The most hurricane-prone months are August and September. Also, South Carolina is prone to tropical storms. So even if there aren’t any hurricanes, you may have to go through a tropical storm or two.

Depending on how big a tropical storm gets, it can suddenly become a hurricane.

How Far Inland Do Hurricanes Go in South Carolina?

South Carolina is very hurricane-prone as well so, you need to be prepared to move inland if one sweeps by. However, they do have much less storm activity than North Carolina, so you may not need to move too deep inland.

A maximum distance of 50 miles inland should take you out of the most affected areas and into relative safety. Of course, hurricane protection solutions will do the same and require less panicked movement. 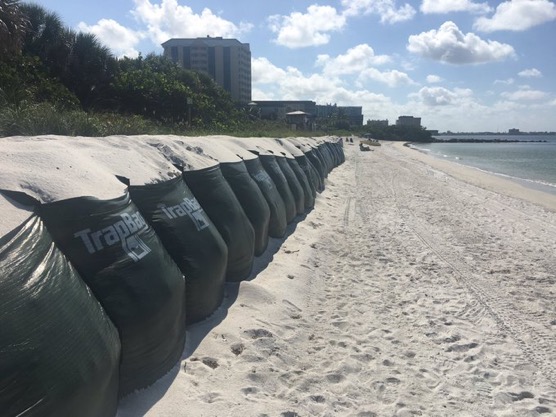 To ensure you and your family’s safety, we offer hurricane protection solutions in North and South Carolina. Here are our services:

Our protection against hurricanes uses hurricane barriers. Hurricane barriers are water barricades used to protect your home and property from the inevitable land changes that come with a hurricane. A hurricane barrier can also be known as a surge or flood barrier or even a storm surge barrier. They’re not only valid for hurricanes but also prevent damage to property during terrible tropical storms.

Storm barriers help prevent flooding and damage to property by blocking the waves or diminishing their force. You can liken it to a guard that faces the winds and waves. Because they’re there, helping to slow, redirect or stop the waves, your home is safe.

Our bags are much more effective than traditional sandbags. They use less material but can take up a more significant space which means that you spend less.

They’re also made sturdy. Once in place, they’re shaped to stand against the waves and wind.

Here are some other ways that you can use other hurricane protection materials that can help you stay safe this season:

And finally, make sure your loved ones understand your plan and know all escape routes and shelters.

Hurricane season doesn’t have to be nerve-wracking if you’re prepared. At TrapBag, we have the experience and materials to ensure that your home and property stay secure till the storm passes.