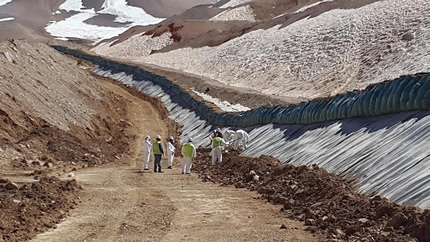 Natural disasters are severely damaging weather events that have both dangerous and costly repercussions to the people, environment, and structural property of an affected area. These extreme events can be deadly and financially devastating to a community, demolishing expensive infrastructure, homes, and land.

While large parts of Asia are economically stable, there are still many parts that are impoverished. Natural disasters are most dangerous for populations of these areas, where resources to protect and rebuild are scarce. Affordable protection is of the utmost importance.

Types of Natural Disaster in Asia

Asia is comprised of 48 countries and 3 dependencies. Frequently occurring natural disasters include earthquakes, tsunamis, tropical storms, and landslides, though floods in Asia are most common.

Part of the Asian-Pacific region, the countries of China,  Japan, North and South Korea, and Mongolia have experienced volcanic eruptions, earthquakes, monsoons, droughts, landslides, and floods. Almost 200,000 people in China lost their lives as a direct result of natural disasters from 1989 to 2018. Millions of hectares of land have been lost due to disasters, which can be financially devastating, as 550 million people in China rely on farming for their occupation.

Located on the Ring of Fire, where tectonic plates are moving and colliding, Japan has experienced serious earthquakes. In 2011, a magnitude 9 quake preceded a tsunami, demolishing around 100,000 buildings, and seriously damaging almost 1 million more. As of 2021, the disaster was still being dealt with. Restoration costs are estimated to be around $230 billion, making this the most expensive disaster in history.

Climate change is continuing to increase the frequency and intensity of natural disasters in Asia. In 2021, millions of people in southern Asia were severely impacted by natural disasters. In India, over 18 million inhabitants dealt with flooding and cyclones, while a third of people in Nepal experienced floods and landslides, resulting in fatalities and destroyed homes.

The geographic location of this region of Asia induces many forms of natural disasters—volcanoes, earthquakes, typhoons, monsoons, and subsequently, massive floods. In 2007, extreme flooding cascaded into Indonesia, submerging around 70% of  Jakarta, the large and diverse capital. Total public and property losses were estimated to be $565 million (USD).

Since then, many other countries have also faced destructive natural disasters. In November of 2020, the Philippines faced eight disasters in a three-week period—three typhoons and five cyclones, and at least 400 lost their lives following a 2021 typhoon. That storm caused around $459 million (USD) in damages to public infrastructure and the land utilized for agricultural purposes.

Iraq and Iran have both experienced many earthquakes, with a 2017 quake on the countries’ borders claiming at least 400 lives. Both droughts and floods are not uncommon, with unpredictable heavy rains destroying homes and roads in northern Iraq in 2021.

In 2021, Turkey faced many types of natural disasters, including drought, floods, and mudslides. Over 2,000 coastal inhabitants were displaced due to their homes and surrounding infrastructure crumbling.

Members of Kazakhstan, Uzbekistan, Turkmenistan, Kyrgyzstan and Tajikistan gathered in 2019 to discuss how to better prepare their countries to deal with natural disasters. With many types of extreme weather events plaguing the region regularly, it was necessary.

It was reported in 2020 that in Central Asia, $10 billion in economic losses occurs every year as a result of natural disasters like floods, landslides, earthquakes, and droughts. This is devastating to communities seeking to increase their economic standing—over 40% of people in this part of Asia live below the poverty line.

Both nature and humans can impact the regularity and severity of natural disasters. There are many damaging repercussions these extreme weather events have, impacting the environment, daily life, and infrastructure of Asian countries.

Preparation is the most important aspect of protecting your community from the effects of a natural disaster. In addition to reliable forms of protection, like flood barriers, emergency funds are necessary to allow areas to be rebuilt in a timely manner, mitigating the chance of death, disease, and displacement.

The phases of governmental disaster management provide a framework to deal with the reduction of and response to natural disasters.

There are many ways to prepare your home and community for a natural disaster. To mitigate the damage extreme weather events can have on a community, effective barriers, like TrapBags, are vital.

TrapBag barriers are superior forms of protection and prevention during natural disasters, as they are:

Deadly, costly natural disasters occur every year, and no country is free from the wrath of weather events exacerbated by climate change. Utilize TrapBags for all of your prevention and protection needs.

Message us today to learn more, or place an order now to give you peace of mind during a natural disaster.