What is the Difference Between Dikes and Dams?

This is an informative guide on what dikes are, dams are, and their differences for control barrier solutions.

A dam is a structure created to hold water back. They are typically made of concrete and create a reservoir on one side. Dams work by stopping or slowing the flow of the river they are built in.

Most dams have the express purpose of retaining water and raising the water level to create a reservoir. Less than 3% of all dams in the United States generate power. While larger dams often act as barriers and hydroelectric stations, the majority are merely there to form reservoirs. Dams can be used to prevent flooding but are more often used to create artificial lakes.

How Dams are Built

Dam construction follows much the same steps as building construction does. The first step is to find or build a solid foundation. Then, the dam’s basic structure is built in stages. As these stages go up, the concrete is poured. Most large dam constructions have an on-site concrete batching plant to make the concrete.

There are many dams in the world and a fair number that are pretty famous. Among these permanent dams, you will surely recognize at least one of these examples: 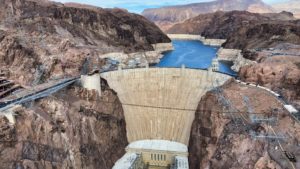 The Hoover dam is perhaps the most well-known dam in the world. Commissioned in 1935, the dam was built on the border between Nevada and Arizona, USA. At the time of its erection, the dam was the largest concrete structure in the world.

The Three Gorges dam is the largest hydroelectric power station in the world. It resides in Hubei, China, and was completed in 2012. This dam sparked numerous controversies at the time of construction but now generates more power annually than any other hydroelectric facility in the world.

The Karun-3 is a spectacular dam in Khuzestan, Iran. It has the largest reservoir of any double arc concrete dam. This dam helps to control floods as well as generate a significant amount of Iran’s power.

A dike is an embankment, wall, or hill that separates land from water. A dike can be anything from a raised roadway along a river to a long swath of built-up land that holds back the sea.

Water dikes are most often built to prevent flooding or to make land where water would usually cover. Dikes keep the water at bay in places that are below sea level or have frequent flooding.

How Dikes are Built

Most large dikes use surrounding resources to make up an embankment. The embankment can have various kinds of reinforcements depending on its scale and purpose. Many dikes are a combination of packed earth and a concrete base structure.

Other types of dikes, like temporary ones, usually use sandbags arranged in a triangular formation.

There are plenty of famous dikes that exist to hold back massive bodies of water permanently. Chances are, if you have ever traveled through a flood-prone area, you may have driven on a dike. Here are a few of the most famous dikes you might recognize: 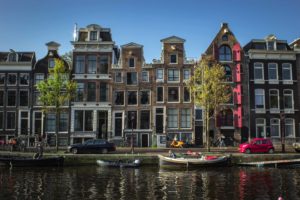 It may come as a surprise, but over 25% of the Netherlands lies below sea level. Over centuries, the Dutch have build-up dikes from surrounding materials to guard against frequent floods and storms. These dikes hold back the sea enough that the populace can live safely at low altitudes.

The Texas City Dike, situated in Galveston Bay, was initially constructed to reduce sediment build-up. It is now a landmark of its own and a popular tourist spot.

Despite the name, the Alaskan Way Seawall is actually in Seattle. The wall was built in the mid-thirties to protect the waterfront of the city.

Differences between Dikes and Dams

The most notable difference between dikes and dams is that dikes run parallel to the water to keep it on one side, while dams cut perpendicularly across the water to hold back some or all of the water on one side.

How They Prevent Flooding

Both dikes and dams help to prevent flooding by acting as barriers to water. Dikes hold the water back from a particular area of land, while flood control dams change the water level and flow rate of a body of water.

Most people rely on sandbagging when taking preventative measures against flooding. This works for the most part but can take too long to set up and doesn’t work against every type of disaster. Sandbagging requires thousands or even tens of thousands of sandbags and hundreds of people to construct a temporary barrier.

There are a plethora of reasons one may need to construct a temporary dam or barrier. Here are a few of the most common:

If you are looking to set up a temporary dam or dike, no matter the reason, TrapBags are the best solution. TrapBags can form miles-long dikes in just a few days or dams overnight.

TrapBags are convenient self-contained control barrier bags made with high-strength textile that can be deployed, expanded, and filled in a short period of time. They are a better solution to sandbagging as they form a more solid line and do not require bucket brigades to move them. One 100 foot section of 4-foot high TrapBags replaces approximately 8,000 sandbags.

Benefits of Using TrapBags for Flood Control and Prevention

TrapBags are a fast solution for floods and disaster conditions. They are portable, easy to set up, and can be filled with whatever is available at the time.

How to Use TrapBags for Dikes and Dams

Simply pull the bag open and fill it; it’s that easy. Anytime, anywhere.

If you need quick dam flood barriers that can hold up to any force of nature, TrapBags are the best solution. Try them out for yourself and contact us today to get started, or browse TrapBags online.