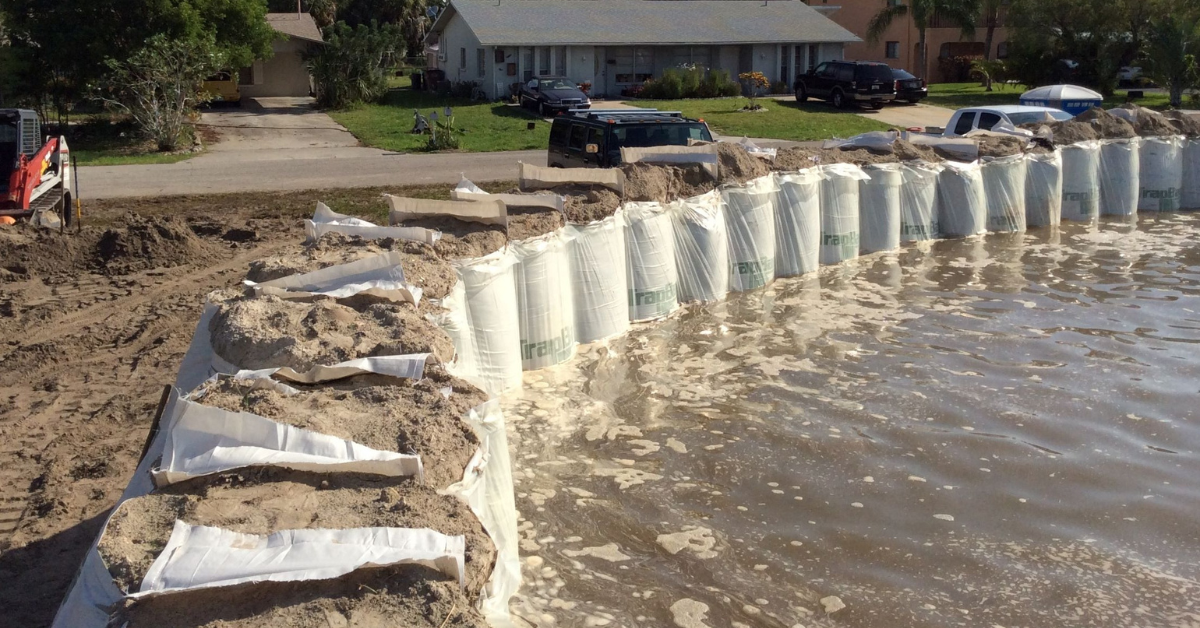 How to Prevent Flooding in Low-Lying Areas

As sea levels rise and the number of severe storms in the United States has increased, the need to protect your home against flooding will only continue to grow. Residents in low-lying areas of the United States, such as the coastal areas of Florida and Louisiana or the inland areas of Kentucky and West Virginia, are particularly vulnerable to flooding. A recent report found that a quarter of the United States’ most critical infrastructure is at risk of flooding. Damage to that infrastructure, such as roads, bridges, and power plants, can cause massive disruptions to a community.

Why Flood Damage Can Be Devastating

In the United States, flooding causes an average of $17 billion in damages every year. That number is only expected to increase with the rising sea levels. And the financial distress is only part of the story, along with the emotional distress caused by displacement, loss of personal belongings, and more.

Flooding can also contaminate water supplies, destroy crops, and cause the loss of livestock. Around 40% percent of small businesses which experience a flood disaster never reopen their doors, and about 90% of them fail within two years.

Low-lying Areas Where Flooding Is Common

Hurricane Ian was the deadliest hurricane to hit Florida in almost 90 years. Winds hit 150 mph, and it took weeks for the water to finally recede in some parts of the state. Unfortunately, severe weather incidents are only expected to increase due to climate change. It is imperative for residents of Florida, especially those in the coastal regions, to be prepared for the next hurricane season.

New York’s high-density concentration of people and infrastructure near the ocean makes it particularly vulnerable to flood damage. Previous storms and hurricanes have damaged the city’s critical infrastructure, leaving hundreds of thousands without power and many stranded without reliable transportation.

Louisiana’s low-lying coastal areas, complex river systems, wetland areas, and hurricane risks make it a prime area for severe flooding every year. A recent study found that parts of Louisiana have the highest risk of flooding in the United States. Because of this, rainfall levels that wouldn’t be an issue in other parts of the country can cause severe flooding damage in Louisiana.

2022 was the year once-in-a-lifetime floods seemed to become commonplace. Texas saw its own share of flash flooding, with one storm dumping more than 15 inches of rain in northern Texas in less than 24 hours. It was the wettest day on record for the Dallas-Fort Worth area since 1932. When that much rain comes down, flooding can occur in places where it never has before, which is why it is vital to have supplies on hand to build an emergency flood barrier when the unexpected strikes.

Around 50% of flooded houses are outside of the United States’ standard flood plan, which means your home might be more vulnerable to flooding than you may expect. While other states, such as Oregon and Alabama, have experienced major flooding from their coasts, the mountainous regions of Tennessee and Kentucky can experience river flooding and mudslides.

How to Prevent Flooding

If your property is near the ocean, a lake, or a river, you need to know how to prevent flooding in low-lying areas. One of the ways you can accomplish this is by building a seawall.

There are several different types of seawalls that can be built to prevent flooding. These include:

While seawalls can protect your property from rising rivers or lakes, they can’t keep your home or business from getting hit by a thunderstorm. That’s why it’s important to stop flooding before it happens by ensuring you have effective drainage systems, such as storm drains and gutters. Once they are in place, make sure they are properly maintained and cleared of debris.

While flooding can cause massive erosion, the opposite can also be true. Land which has been slowly eroded over years by agriculture and livestock is less able to absorb water, which can lead to flash flooding. Planting vegetation that prevents erosion will not only protect it during a flood but will also promote the health of the soil over the course of years.

Erosion can also lead to mudslides, which are particularly dangerous in areas with large hills and mountains. Mudslides are a form of fast-moving landslide that liquifies from flooding and can move at more than 35 mph. A well-positioned TrapBag barrier system can redirect mudslides and mudflows away from your home or business.

Ensure Your Home Is Sealed

One of the best ways to prevent flooding in your home or business is to conduct an annual inspection to look for cracks where water could get through. Make sure to check the seals on your windows, doors, and utility and exhaust ports. You should also fill any cracks in the building’s foundation with masonry or caulk.

Sometimes, there’s just too much water for a seawall or effective drainage system alone. That’s why it’s important to control the flow of the floodwaters and redirect them away from your valuable assets with flood bags that can be deployed quickly and effectively. TrapBags are specifically designed to be filled quickly and stacked to create a wall that uses less material and is more durable than typical sandbag walls.

TrapBags’ pentagon-shaped structure allows them to be connected side by side in an accordion-like structure to maximize strength and durability. TrapBags are made of high-strength textiles and can be filled with sand, washed gravel, or concrete. TrapBags are also engineered to use 40% percent less material than stacked sandbag walls.

TrapBags’ versatility means they are effective in a wide range of situations. They have been effectively deployed as flood protection in Grand Rapids, Michigan; levees in Baton Rouge, Louisiana; riverbank stabilization in Carson City, Nevada; and dune core stabilization in Rockaway Beach, New York. Their high-strength textile material and pentagon-shaped design make them superior flood barriers to standard sandbags.

Want to learn more about how TrapBags can form a flood barrier to protect your home or business? Contact us to make sure you’re prepared when the unexpected occurs. We are able to respond immediately to supply and deploy TrapBags when and where they are needed.