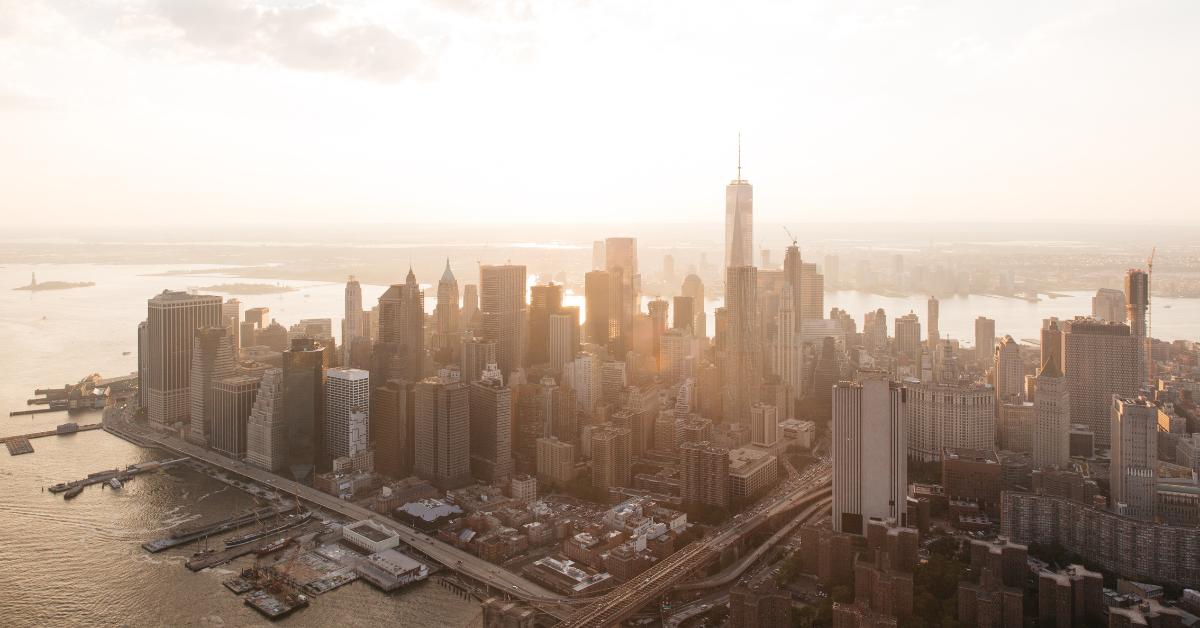 New York continuously experiences issues with flooding. It seems as though every other week, photos circulate of New York subway flooding, with the underground transportation system drenched in a foot of water. City floodwater isn’t a pretty sight, nor is it healthy, with backlogged sewage, trash, and potentially dangerous contaminants.

Nearly 20 million people call New York home and find much to love about the Empire State, seeing it as an emblem of the American dream. They shouldn’t have to endure perpetual infrastructure and property damage to stay in the place they love. Let’s examine how New York came to be a hotspot for these natural disasters and what can be done to prevent them.

Located along the East Coast, New York is susceptible to severe weather like tropical storms and hurricanes. Due to the sizable population of New York, hurricane damage is more costly, and it is more difficult to evacuate citizens.

The unique coastline near the metropolitan area creates a sort of spiral, making it the perfect place for a tropical vortex to accelerate. 578 miles of coastline and several islands make New York vulnerable to hurricanes formed near the Atlantic.

A city with an elevation of just 33 feet above sea level is bound to experience the worst of flooding events. New York City and several coastal cities find themselves unable to divert water during flood season. With nowhere for runoff to go but the heart of the cities, water collects and remains there until manually removed. A giant levee system to protect the city’s most important assets could mitigate disastrous damage.

Metropolitan areas like New York City and Buffalo endure the worst of New York flooding. This is because the expanse of concrete during urban development makes it difficult for floodwaters to be absorbed. Soil, along with vegetation like grass and trees, is essential for preventing rainwater from pooling. Implementing more plants and natural areas in the city would reduce flooding severity.

New York flooding caused by melted snow is a typical occurrence in the spring. Buffalo recently experienced over 100 inches of snowfall during this winter season, with a blizzard delivering a monumental seven feet of snow to some areas over a single weekend.

Knowing the significant precipitation these banks of snow hold, Buffalo residents and other citizens of New York can act now to engage in flood preparation. Placing flood barrier products before the snow melts will protect their city from flood damage.

How TrapBag® Can Help

TrapBag was created for deployment in emergency situations like New York City flooding. Our four-foot-high barriers can hold back deep floodwaters and are sturdy enough to withstand the torrential winds of a hurricane. Multiple units are connected together to form a barrier wall, but each unit is independently strong. If one section is punctured, the wall will still stand.

TrapBag flood products are built with durability and efficiency in mind. They can be used to create a cofferdam, dike, levee, scour skirt, or other water barrier methods. Their innovative design, which has a sloped side and a vertical side, allows fill material to go further. TrapBags can use 40% less fill material than a standard sandbag.

We offer protection against flash flooding, river flooding, ocean flooding, and hurricanes, as well as a stormwater containment solution. New York floodwater can carry bacteria, diseases, and harmful chemicals. It’s vital for the health of the state to keep that water at bay.

Some areas are more prone to flood damage. New York City flooding, for instance, causes major destruction to infrastructure that is difficult to clean up. Cities at low elevations near the coast are vulnerable to hurricanes and other tropical storms. Viewing a New York City flood map will show which areas of the larger metropolitan area are most susceptible to flooding.

A massive flood in New York could be around the corner. Protect yourself against flooding in New York with our line of TrapBag products. Get in touch with us via our contact form or WhatsApp messaging to talk about flood mitigation planning in your area, and we can recommend the best plan of action for flood prevention.

A massive flood in New York was caused by the overflow of the Hudson River in 1913, in an enormous storm that hit a total of 15 states. Also called the Great Easter Flood of 1913, it was considered to be the most widespread natural disaster in the U.S. Bridges, streetcar lines, power stations, farms, and homes were destroyed. Some streets in Watervliet had floodwaters that reached five feet high.

In 1972, Tropical Storm Agnes caused the Chemung River to break down dikes and take down the Elmira bridge in just a few hours. The National Guard was sent in for evacuation efforts, and rebuilding the community took years.

Hurricane Irene produced 5–10 inches of rainfall, with over 18 inches of rain falling in Maplecrest. There was also flooding in 2011 due to Tropical Storm Lee, causing central New York flooding, creating a downpour of up to 13 inches in some areas.

Flash flooding occurred across Long Island in 2014 when 13.57 inches of rain accumulated, breaking the previous state record caused by Hurricane Irene. Major roadways were blocked, with one turning into a river that swallowed abandoned cars. Several families had to evacuate their homes, and some homes caved in.

Hurricane Ida’s residual chaos devastated New York. New York flooding across the state killed 13 people and left many trapped in the floodwaters of their basement-level apartments, and in some cases, floodwaters broke through the walls. More than $50 million in damage was done, with approximately 1200 homes impacted.