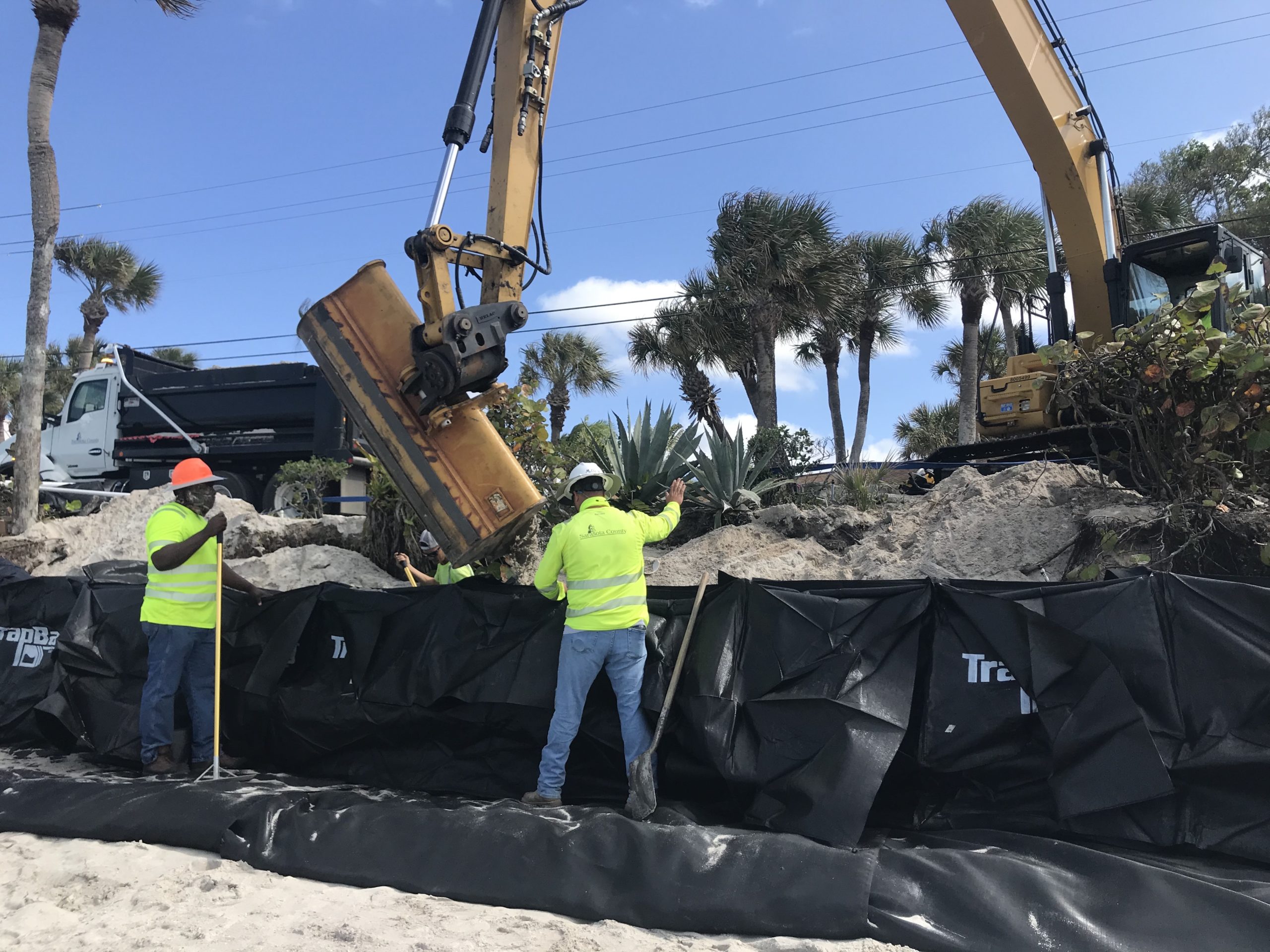 The construction materials used in infrastructure projects should be as durable as possible. Architects, engineers, and road contractors must specify and use the best possible geotextiles that have been designed for road project applications.

A geotextile is a synthetic fabric that is used to aid drainage, improve soil characteristics, and provide erosion control in building projects.

Different geotextiles have different textures which ensure permeability. Geotextiles are an essential feature when working with soils. They keep dirt intact, preventing erosion.

Manufacturers weave or knit polymers to create geotextiles. The kind of polymers used to make geotextile can either be polyester or polypropylene.

Making geotextiles can be mechanical and even involve chemicals, or it can be simply good old-fashioned weaving or knitting. Each type of process creates a different type of geotextile.

What Are the Different Types of Geotextiles?

Geotextiles fall into three distinct categories. These categories describe the way that the geotextile was made.

As the name suggests, this category of geotextiles is woven—like some clothing items. When the weaving technique is applied, the geotextile will have a distinct pattern that sets it apart from the other varieties.

The technique ensures that the threads run horizontally and perpendicularly. You can tell that this formation exists by looking at the final result after weaving.

Non-woven geotextiles have a style of their own. They have specific construction of continuous filament yarn. The manufacturer has to apply special effects via chemical or mechanical methods to get results. The expected result is that the fabrics have different thicknesses, depending on the technique used.

Knitted geotextiles have a knitted construction. The knitting technique used to create geotextiles, in a way, includes applying a bit of weaving as well. It requires a certain level of knowledge on a particular form of knitting to bring uniformity, and machine knitting provides this consistency. 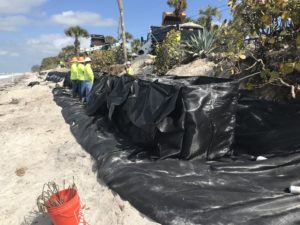 What Are Geotextiles Used For?

This application is mostly for roads where different soil materials have been included in the construction. Geotextiles are put in place to prevent materials from weakening each other in order to lengthen the life of a road.

Engineers can lay out geotextiles on loose ground, especially during construction, until the soil becomes firm enough to use as a base.

Given that different textiles have different thicknesses depending on the technique used to make them, they are applicable in ensuring the stability of earth structures.

Geotextiles are equally able to hold the material as they are permeable. They are applicable in dams and similar situations to keep extra small soil particles when draining water.

One characteristic of geotextile fabrics is that they are permeable. Experts install it to ensure that water travels within the soil under controlled conditions.

Another element where the thickness of geotextiles has a role to play is in sealing. Geotextiles work to secure delicate infrastructure.

Although they are permeable, if installed strategically, geotextiles can help maintain moisture within the soil. Geotextiles are applicable because they preserve just the right amount of water.

Geotextiles are versatile when it comes to their practical applications. Their application allows projects to go through smoothly. Let’s look at some of the applications of geotextiles.

During road work, some excavations loosen the soil. Applications of geotextile are for dewatering purposes. That way, the ground is in just the right condition for construction to begin.

Transposition, especially in big farms, can be impossible during the rainy season. Non-woven geotextile fabrics help with mud control so that produce makes it out of the farms on time.

When applied to retaining walls, geotextiles act as reinforcements. In such situations, the walls could be tall and may not withstand the test of time on their own. Also, if the wall cannot handle a load above it, the application of geotextiles is necessary.

Concrete applied in constructions should dry at a specific rate to maintain the structural integrity of a building. The permeability of geotextiles makes them suitable for application in this area. Geotextiles allow water to pass through them at a rate that will enable concrete to dry slowly and evenly.

Riverbanks tend to experience a high level of soil erosion. One way of taking control of the situation is by applying geotextiles. All geotextiles need to prevent erosion is a proper installation by an expert.

If you are looking for an affordable solution to use in an emergency like flooding, you can turn to TrapBag. TrapBags are geotextile bags often applied in coastal protection where erosion is prevalent.

They are designed for users to fill with sand, small stones, or concrete. TrapBag has various benefits. Here are the benefits that TrapBag geotextile bags have to offer: 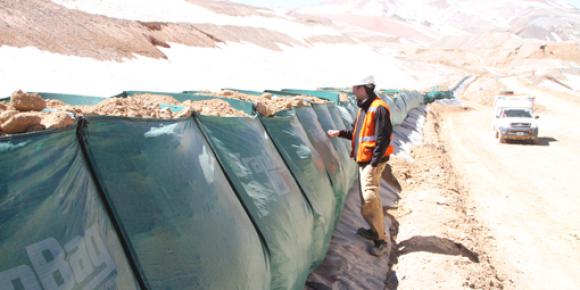 Even a straightforward explanation of what geotextiles are is not enough to completely grasp their usefulness. There are still a few questions that can reveal more about geotextiles.

Some geotextiles are created from plant-based fibers. After a while, they decompose so that plants may secure the soil.

Can Water Go Through Geotextiles?

Geotextiles are permeable and are used in filtration and drainage projects because water can pass through them.

What Is the Difference between Geotextile and Landscape Fabric?

Geotextiles are typically used in construction projects (particularly civil projects like roadway construction), while landscape fabric is generally applied in farming for the abatement of weeds.

Geotextiles: A Versatile Material for Construction and Beyond

You will find that geotextiles are applied in more ways than you might suspect. The design of the different types of geotextile fabrics determines their ideal application. They are worth exploring for your roadway construction needs.