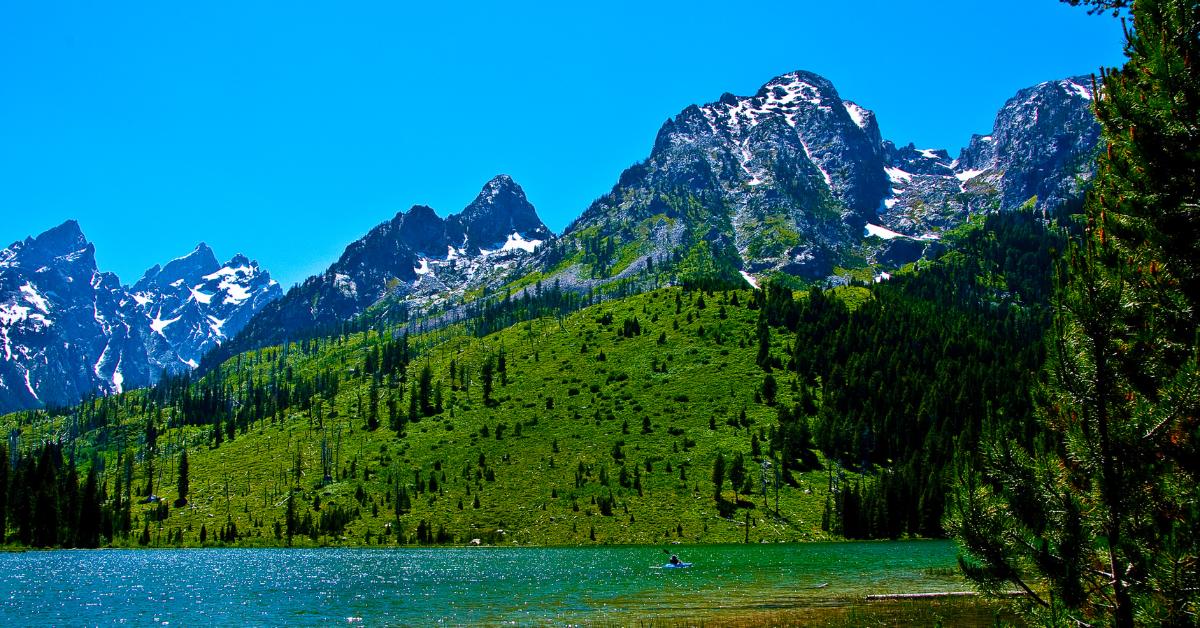 The historic flooding that hit Yellowstone National Park in June 2022 destroyed homes, changed the course of rivers, and forced thousands of people to flee the area. Roads and bridges were washed away, and experts say it will be years before the damage is repaired. The total cost of the repairs is estimated to be billions of dollars.

With the number of severe flooding events expected to increase due to climate change, national parks like Yellowstone need to have the right tools to prevent further flood damage wherever possible. Yellowstone Superintendent Cam Sholly remarked after the event that historic flooding events “seem to be happening more and more frequently.”

TrapBag® flood barriers are engineered from high-strength textile to be superior to sandbags in providing flood protection. TrapBag barriers are built from pentagon-shaped bags that are stacked vertically and open at the top. Since each bag is connected to its neighbor in an accordion-like structure, even if one is compromised, the rest of the barrier remains strong.

TrapBags use 40% less material than a stacked sandbag wall and can be filled with sand, washed gravel, or concrete. A 100-foot section of TrapBags placed four-feet high vertically can replace around 8,000 sandbags.

TrapBags’ flexibility and ease of deployment make them the ideal flood control solution in a wide variety of situations.

The worst flooding events in Yellowstone are usually caused by a combination of three factors:

Much of the flooding happens around the Yellowstone River and Yellowstone Lake, endangering nearby buildings and road infrastructure, in addition to the local wildlife. But the snow melting off the mountains, combined with rainfall, can also cause dangerous mudslides, which can flow at 10–30 miles per hour.

While most of the recent flooding in Yellowstone occurred north of Yellowstone Lake, it is likely that the lake’s fish and other local wildlife have been affected by the event. Experts expect it will be some time before the full impact of the flooding on local wildlife is understood.

Over the course of its 150-year history, Yellowstone National Park has experienced many serious flooding events, and it will likely continue to do so as the planet warms.

The Yellowstone floods of 2022 were the worst in the national park for more than 100 years. The unique weather event was caused by an atmospheric river, a thin band of heavy water vapor that brought moisture from the tropics to North America. It dumped several inches of rain over the region, which also happened to be in a warm period that was leading to a high amount of melting snow. The rain caused the snow to melt even faster, causing a major flooding event.

In a similar situation to the 2022 flood, warmer than usual temperatures and melting snow collided with 5–10 inches of rain to make for record-setting flooding. Considered a 100-year flood event, the damages to infrastructure, buildings, and facilities around the Yellowstone River exceeded one million dollars.

Yellowstone’s worst flooding event on record (until 2022) was the flooding of 1918. Despite the efforts of more than 500 men working for 36 hours to keep water away from the town of Forsyth, a levee broke and flooded the town with several feet of water.

TrapBags have been effectively deployed by businesses, governments, and the U.S. Army Corps of Engineers as a proven, cost-effective way to quickly create a reliable barrier against flooding. They are durable, quick to deploy, and far more efficient than standard sandbags.

If you’re ready to learn more about the science behind TrapBag flood barriers, and how how they protect our national parks from severe weather, our team would be happy to talk with you.