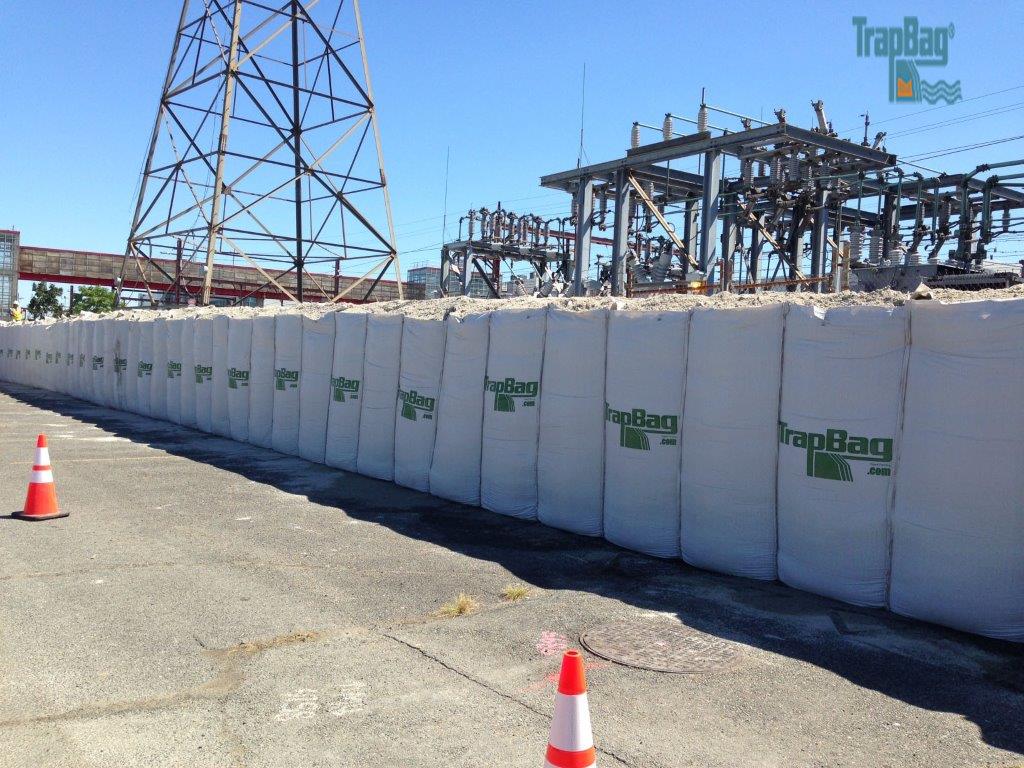 What Is a Flood Prevention System?

A flood prevention system is a tool or strategy to prevent flooding from reaching and damaging critical infrastructure, buildings, or people. There are a number of different flood prevention systems that can be deployed for different potential flood hazards, depending on the geography of the area. They can include large-scale protections such as sandbags, fences, water-inflated tubes, or smaller tools such as door and window coverings.

What Are the Best Flood Control Systems?

The best flood control systems will be efficiently designed to stop and divert water away from the specific areas that need to be protected. In order to figure out the best placement of a flood prevention system, it is best to study previous flooding incidents in the area and to analyze local drainage and nearby bodies of water. If you notice water buildup after normal rainfall, it is likely that is the area that will experience the worst flooding during severe weather events.

While there are a number of different tools available for flood prevention systems, many of them have weaknesses. Sandbags are inefficient and flood panels are difficult to store and aren’t suitable for soft ground. A three-foot section of a traditional sea wall costs around $10,000.

TrapBag® flood barriers are a superior flood control system due to their durability, flexibility, ease of deployment, and structurally engineered design. They use 40 percent less filler material than sandbags, and their flexibility means can be placed in far more customizable configurations than inflatable barriers.

TrapBags are made out of high-strength textile and are designed to have a pentagon-shaped structure that ensures stability and strength under extreme pressure. When stacked together, TrapBags create an accordion-like line that ensures that even if one bag were to fail, the others would remain strong.

Their design also means they are easy to store and require less labor to place and fill than traditional sandbags. TrapBags have a lifespan of at least five years when building barriers out of sand or gravel. They can also be used as a structure to fill with cement for a permanent flood prevention system.

A team of four laborers can build a 1,000-foot-long TrapBag barrier in about 10 hours using a BobCat or backhoe. A 100-foot-long section of that barrier weighs around 189,000 pounds, allowing it to endure a high degree of force from floodwaters.

Where Should Flood Prevention Systems Be Deployed?

TrapBags are frequently deployed in construction sites to prevent water from interfering with the work efforts. They can be arranged to act as a temporary dam at worksites that take place inside a body of water or protect sites on land from nearby flooding. TrapBags are also used to stop soil erosion from affecting the foundation of a work site.

TrapBags have been used by businesses across North America to protect their property from flooding. One industry that has made great use of TrapBags is mining. Companies have used TrapBags to protect workers from flooding and to contain hazardous materials. Just as TrapBags are great at keeping floodwater out, they can also keep chemicals or other dangerous liquids from spreading in case of a spill.

In the case of a storm, hurricane, or flash flood, TrapBags can be essential in protecting infrastructure from flood damage. When your community experiences severe weather, flood prevention systems can make sure your roads remain passable and the electrical grid continues to function. TrapBags have been effectively used to protect roads, bridges, dams, public transit systems, clean water supplies, waste management, and other vital systems.

Due to the high costs and lengthy preparation time of traditional seawalls, TrapBags are popular as both temporary and permanent sea walls. In addition to ocean seawalls, TrapBag walls have been placed to guard against flooding on rivers, canals, lakes, ponds, lagoons, and more. They have also been used by coastal engineers as dams, dikes, levees, and erosion control. As sea levels rise due to climate change, TrapBags are an excellent choice to respond to the changing dynamics of floodwaters in your community.

In addition to protecting major stretches of infrastructure, TrapBags can also prevent individual homes from the worst of the flood waters. TrapBags’ affordability, convenient storage options, and quick-deploy capabilities mean you don’t have to be a corporation or municipality to use them. TrapBags can be purchased in 50-foot sections, each one four-feet high, allowing you to buy as few or as many as you need to protect your property.

TrapBags can be made even more effective when they are combined with other flood control systems. Some steps you can take to ensure your home is prepared for the possibility of flooding include cleaning your gutters and drains, sealing cracks in your foundation and window trim, adding plants, grading your yard, and using a sump pump.

Where Have TrapBag Barrier Systems Been Used?

TrapBags have been effectively deployed in numerous erosion and flood prevention systems across the United States. They were used to save a Lake Michigan cottage from erosion, prevent flooding from melting snow in North Dakota, stabilize a riverbank in Nevada, and protect a wastewater plant from flooding in Michigan.

TrapBag’s flexibility makes them ideal for erosion and flood prevention scenarios in a range of different situations, including:

If you’re ready to start planning a flood prevention system for your property, we’d be happy to help you find the right solution. We’ve deployed hundreds of miles of cost-effective TrapBags to prevent flood damage in locations around the world.