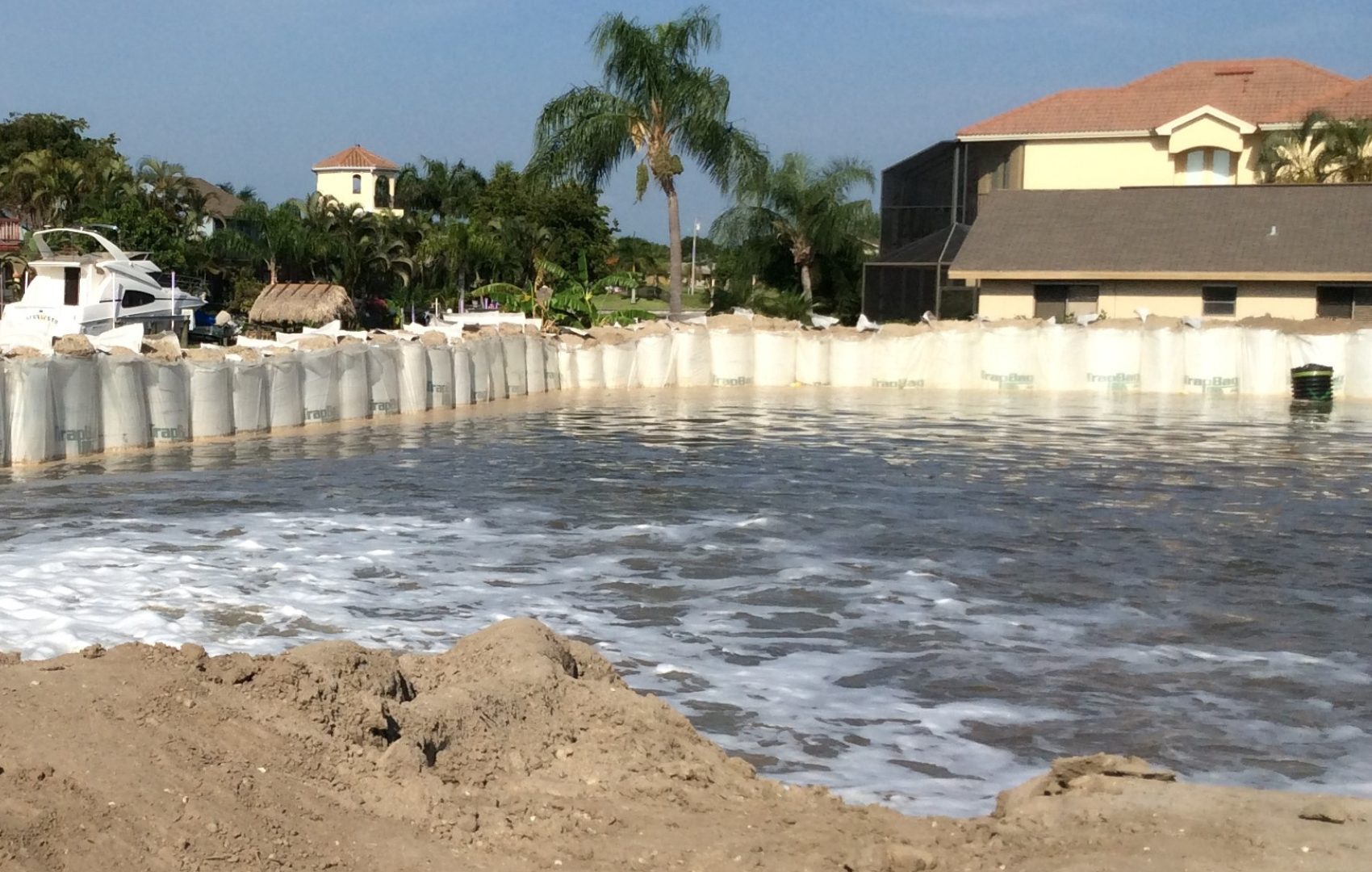 Preventing Dam Failure by Learning from the Past

Dam failures happen every year. While some lead to more minor damages, many have led to catastrophic outcomes, claiming lives, causing extreme property damage, and leaving communities struggling to repair. Along with investing in reliable flood protection and dam support, municipalities can learn from previous dam failures to prevent their own communities from experiencing the same disastrous outcomes.

What Happens When a Dam Breaks?

Dams are created to control water for a variety of reasons—generation of electricity, to be used as a water source for nearby residences and industries, or for local irritation. When a dam breaks, a large amount of water rushes forth in a powerful gush and can quickly lead to devastating consequences, including death, property loss, erosion, and economic loss. When a dam breach occurs, it can leave a community in shambles for months.

Dam failure occurs as a result of many different factors, some being more controllable than others. These can include:

Dam Failures in the U.S.

Each state in our country has experienced dam failure. Before dam safety laws, dam failures were more severe and deadly, though in recent years, some states have still experienced serious repercussions as the result of a dam failure.

The self-taught engineer of this dam, who had limited experience with concrete dams, was largely to blame for the catastrophic failure. There was definite improper planning in this dam construction—the plans for the dam were not site-specific, and the height of the dam was increased twice throughout the build, though it impacted the overall potential safety of the dam significantly. It is noted that the foundation on which the dam was built was weakened by the engineer’s actions.

In this instance, the engineer and his team picked the wrong sort of dam for the site they had chosen to construct it on. While not around in 1928, TrapBag barriers could have been filled with cement and placed at the dam’s foundation where the majority of the issue occurred. Strengthening the base may have been enough to alleviate the amount of pressure on the area. In another effort to mitigate the effects of the flooding, TrapBag barriers could have been placed as a precautionary measure, diverting water to a more appropriate place, saving the lives of the civilians who were killed.

On May 19 and 20, 2020 in Midland, Michigan, two dams failed, leading to the evacuation of 10,000 people; the destruction of roads, bridges, and over 2,500 homes and businesses; at least $175 million in damages; and economic distress for the community who relied upon the two lakes the dam failure dried up, Wixom and Sanford.

The Edenville dam was constructed in the early 1920s and many of the construction specifications were not done properly. The dam had been built on embankments of loose sand and too steep of downstream faces, which caused too much pressure to be placed on certain parts of the dam—the parts that ended up failing. While government officials did many structural analyses of the dam over the years, it was determined that the tests conducted were not thorough enough to identify the poor soil conditions that led to the failure. Due to heavy rainfall in the days leading up to the dam failure, the lake levels were higher than normal, but not to levels that had dam operators overly worried at the possibility of failure.

Similarly to the events of the St. Francis dam, the disastrous, costly effects of the Edenville and Sanford dam failures could have been significantly reduced with the help of TrapBag barriers. TrapBags are incredibly durable when used as a diversion wall, water containment reservoir, levee, or dam. If they had been situated on the perimeter of the dam, TrapBag barriers could have diverted water away from the city of Midland.

In Johnstown, Pennsylvania, in 1852, a rock-fill dam was constructed to be used as a water source for the Pennsylvania Canal. Ten years later, due to a combination of improper construction (a significantly smaller spillway was created in comparison to what was in the original plans) and poor maintenance upkeep, a portion of the dam collapsed and washed out.

The dam was repurchased in 1879 and altered to fit the endeavors of the new owners, who sought to convert the lake into a private resort with the help of the dam. One of the alterations included lowering the dam, which would prove to be a deadly mistake.

In 1889, a record rainfall poured over the area for over 24 hours. Upon noticing how high the water level of the lake had become, dam crew attempted to release some of the water through the spillway, which was found to have been clogged with debris and fish traps. The wall below was continuing to erode, and the crew attempted to stabilize it with mud and rock to no avail. The dam collapsed and destroyed all in its wake, including homes, trees, and even a 78-ft railroad bridge. When the flood waters made the few mile trek to Johnstown and other nearby towns, it claimed the lives of over 2,200 people and left 30 acres of debris in its wake.

The alterations made to the dam post-1879, including the lowering of the dam’s height and the reduction of the spillway, are ultimately what led to the disaster. Proper precautions considering the safety of the nearby towns were not in place if the dam were to have failed. TrapBag barriers filled with concrete and stacked for height could be used in this situation as a barrier, diverting water and dangerous debris from reaching low-lying areas and the civilians residing there.

The Teton dam was an earthen dam constructed by the Bureau of Reclamation in eastern Idaho in between 1972 and 1975, designed to control spring water runoff and to be used as a water source in the drier months of summer.

On June 6, 1976, during its first time being filled, the dam failed. It began as a large leak and toppled as it finished filling, allowing 400,000 cubic meters of water to flood nearby homes, businesses, and farmland. In addition to claiming the lives of 14 people, the flood caused over $400 million in property damages.

It was later discovered that the main cause of the dam failure was due to its position on a highly permeable foundation, which led to cracking. This area needed to be properly treated prior to the dam being constructed, or further stabilized with permanent forms of support. TrapBag barriers are durable when utilized in this manner, and can also be used to divert water to precautionary water containment basins in the event of a dam failure event.

TrapBags barriers are an engineered form of flood protection that can be deployed as flood barriers in a variety of situations, including dam failures. TrapBags are an industry leader in flood protection thanks to their incredible durability, consistent reliability, ease of deployment, and affordability.

TrapBags can be utilized to reinforce existing dams. They can also be situated in a variety of structures to divert water from threatened areas. Different types of TrapBag configurations include:

TrapBags are the superior form of flood protection in the event of a dam failure.

Don’t become a case study for future engineers to study on dam failure—strengthen your dams, and protect your community from floods during dam failures with TrapBags. Send us a message today to learn more.